ISLAMABAD: Foreign Minister Shah Mahmood Qureshi on Thursday returned back to Pakistan after completing his first official visit to the Afghan capital since the Taliban takeover in August, ARY News reported.

The foreign minister also held a meeting with Afghanistan’s interim Prime Minister Mullah Hassan Akhund in Kabul where a range of issues including trade between the two countries were discussed.

Briefing media on his first Kabul visit here in Islamabad, Qureshi said the two sides held detailed talks on cross-border movement and trade, and that a Taliban delegation would visit Islamabad in the coming days to finalise the resolution of issues.

Shah Mahmood Qureshi said that matters including visa facilities to Afghan citizens, especially the business community and opening up of new border points were discussed in detail with the Taliban govt in order to facilitate the people of Afghanistan.

“Pakistan will continue providing humanitarian aid to Afghan people,” he said, adding that Pakistan has decided to provide an onarrival visa to Afghan citizens in case of a medical emergency.

FM Qureshi said Afghan officials raised concerns over border movement with the Pakistani delegation, adding that the government also decided elimination of the gate pass at its Tokhram border with Afghanistan in order to facilitate the movement of Afghan people to Pakistan. 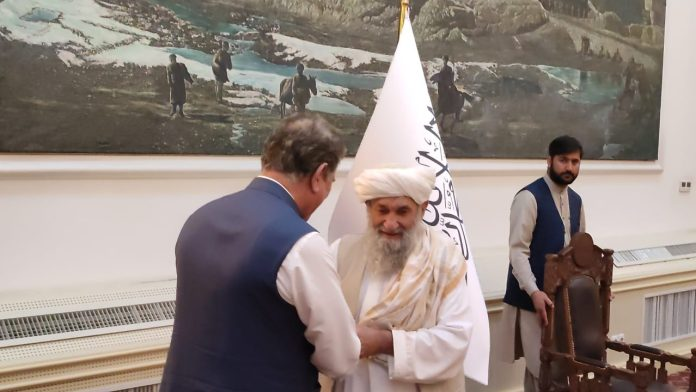 FM Qureshi went on to say that the visa facility will help the business community. He said that the Pakistani consulate in Afghanistan had been directed to issue multiple entry visa for up to five years.

“The Pakistani authorities also decided to extend hours for pedestrian movement time at the Torkham border,” Qureshi said and added that the Pakistan-Afghanistan border in Torkham will remain open for 24 hours for trade activities.

The foreign minister said that He also urged the Taliban to ensure that the Afghan soil would not be used against Pakistan or any other country.

“Pakistan desires durable peace and stability in Afghanistan,” he said and added that Pakistan wants to enhance bilateral trade with Afghanistan.