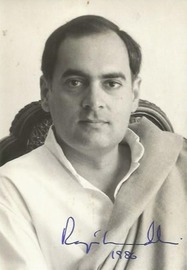 Rajiv Ratna Gandhi was an Indian politician who served as the sixth prime minister of India from 1984 to 1989. He took office after the 1984 assassination of his... Wikipedia