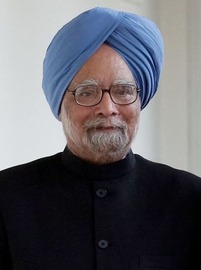 Manmohan Singh is an Indian economist, academic, and politician who served as the 13th Prime Minister of India from 2004 to 2014. Currently, he is a Member of Parliament... Wikipedia