There is a need for devising a long-term roadmap for Afghanistan to advance the agenda of political engagement, economic integration and regional connectivity.

The world community needs to pay closer attention to the economic situation of the Afghan people and prevent an impending humanitarian crisis in that country, Foreign Minister Shah Mehmood Qureshi said on Wednesday in Teheran.

He was speaking at the second meeting of foreign ministers of Afghanistan’s neighboring countries.

According to an IRNA report, Qureshi also stressed the need to unfreeze Afghanistan’s assets.

Referring to Taliban’s August takeover in Afghanistan, Qureshi said that a wave of refugees had been seen soon after.

The Tehran meeting, he said, was for ensuring coordination between Afghanistan’s neighbors to manage current challenges.

Stressing that everyone wanted to see a stable Afghanistan, he said: “And today’s meeting can take important steps towards this end through strengthening and focusing on the results of the first round of the meeting. Fight against terrorism is crucial in Afghanistan.”

Highlighting the importance of respecting the rights of all Afghan people, he said that their presence should be seen in an inclusive government.

Calling for preventing new conflicts in the region, Qureshi said that the flow of humanitarian aid to Afghanistan should continue without any interruption.

Earlier, Iran’s first Vice-President Mohammad Mokhber said that Iran supported Pakistan’s initiative to hold the first round of talks between Afghanistan’s neighboring countries and also accepted to be the host of the second round.

“Tehran welcomes the third round (of talks) to be held in Beijing,” he said. Messi shows off Ballon d’Or as PSG held by Nice 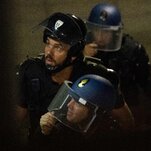