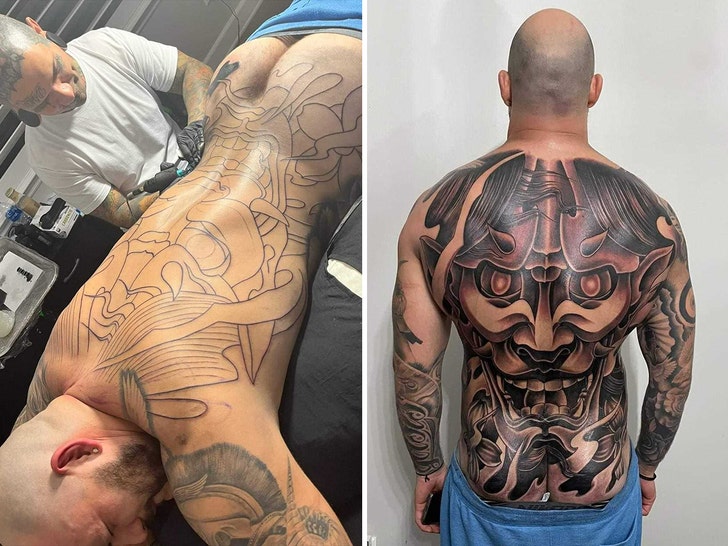 It didn't seem possible ... but NFL defensive lineman Adam Gotsis has found a way to be even more of a badass -- by getting a sick, 3-foot tattoo all over his back and butt!

TMZ Sports has learned the 6-foot-4, Jacksonville Jaguars pass rusher hit up artist JB Tattoos to get an extra-large tat done of a Japanese Hannya mask -- which symbolizes wisdom and good luck.

JB -- who's located in Denver -- tells us Gotsis flew him out to Florida to get the ink done ... and after sketching out the artwork on 9 sheets of paper, the two went to work. 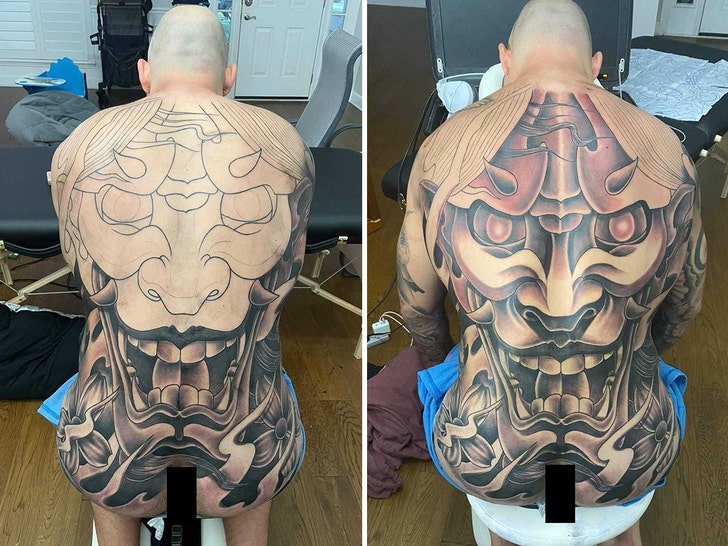 JB says he tatted Gotsis from his neck to his glutes for two, 12-hour sessions within two days ... and tells us the 29-year-old sat like a champ for a tat that ended up covering around 3 feet of his huge frame.

"He was a savage," JB says. "Only minor twitches here and there!" 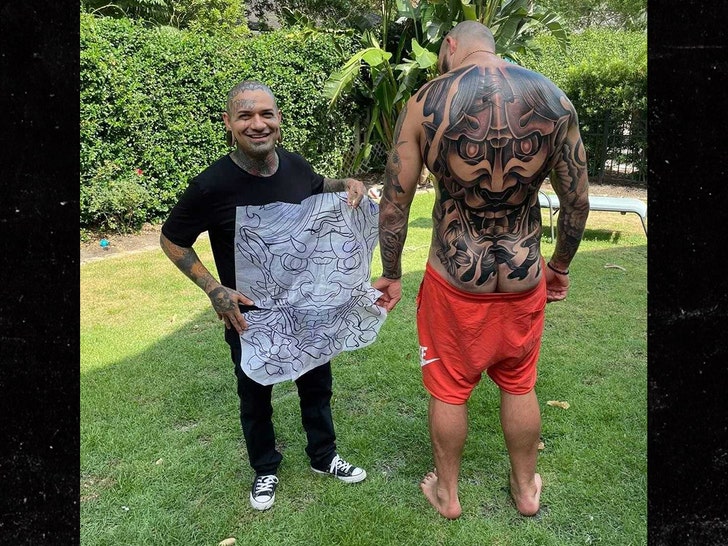 When it comes to the healing process, JB says Gotsis is gonna have to sag his pants and sleep on his stomach for 7 days ... but check out the final product -- #WorthIt!