"It's a sad day to be a Raven I must say," the ex-running back said on Wednesday.

A cause of death for the former defensive lineman has not yet been revealed.

Siragusa -- a 6-foot-3, 340-pound defensive tackle -- initially broke into the NFL with the Indianapolis Colts as an undrafted free agent in 1990 and became a full-time starter by the 1992 season. 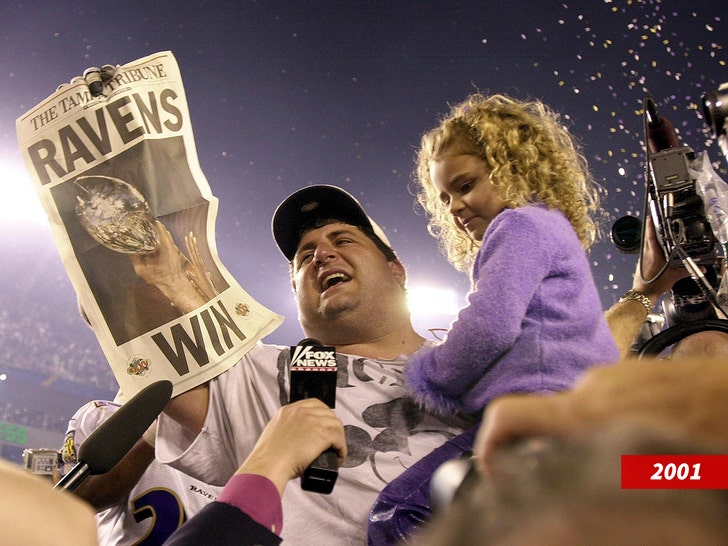 Playing alongside Ray Lewis, Rod Woodson and Adalius Thomas, Siragusa -- nicknamed "Goose" -- helped the Ravens defense set the record for fewest points allowed in a regular season on their way to winning a title.

In his 12 years in the league, he compiled 22 sacks and 564 combined tackles.

Following his playing career, Siragusa gained national fame for his role as an NFL sideline reporter and analyst for Fox. He made audiences laugh with his unique style and knowledge of the game.

Siragusa had also hosted several TV shows after retiring from the NFL, including "Man Caves."

Colts owner Jim Irsay just tweeted about Siragusa's death, saying, "The Goose, Tony Siragusa has passed away at 55.. I’m heart broken as is all of Colts Nation."