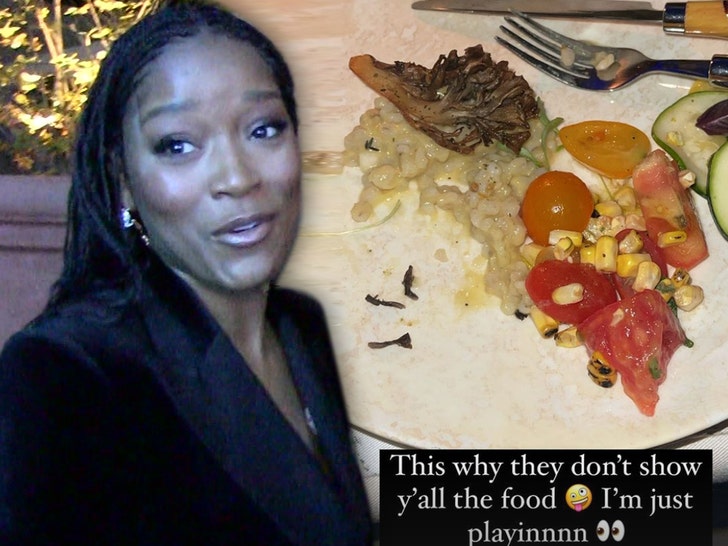 The Met Gala chef curator is defending the quality of the food served at the ritzy shindig ... this after Keke Palmer posted pics of the grub that seemed reminiscent of the Fyre Festival.

Marcus Samuelsson -- the restaurateur/chef who helped select the 10 up-and-coming chefs who created the Met Gala menu -- tells TMZ ... for starters, yes, Keke's picture is in fact some of what was served at the $30k-$50k per ticket soiree.

As for Keke's plate, Marcus tells us it was barley topped with roasted mushrooms, tomato salad with corn and zucchini slices. Marcus says food, like anything, is a matter of taste, and it tasted plenty good. 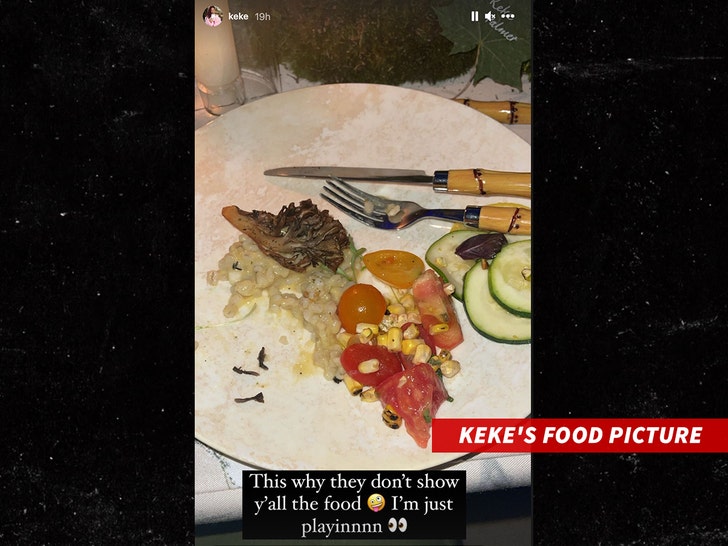 Marcus says the 3-course meal was delicious ... and the feedback he got has been incredible.

Marcus, in collaboration with Bon Appétit, selected and then challenged 10 NY chefs to create a sustainable, plant-based menu ... hence all the fruits and veggies. However ... Keke's pic, which was displaying the entree, had just about everyone talking smack on social media.

One person wrote, "This was clearly a 'eat before you get there' type of thing." Someone else said, "They feeding y'all like it's Fyre Festival." 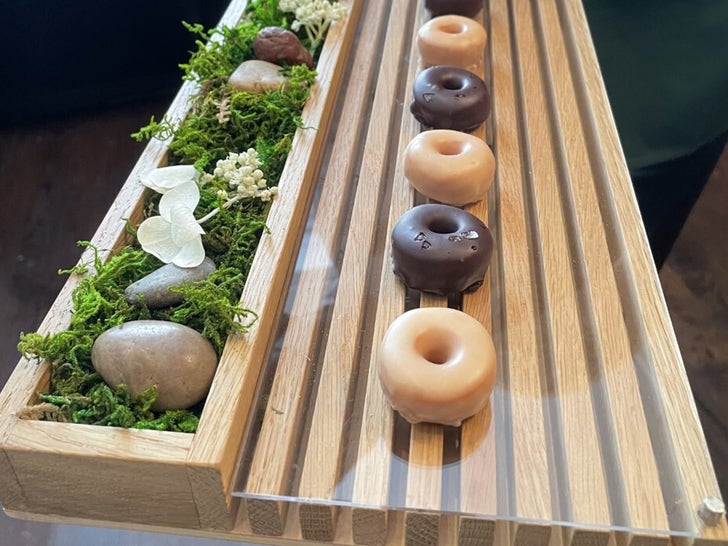 Check out some of the fare, including the 6 hor d'oeuvres and a watermelon pumpkin salad.

Dessert included an apple topped with chocolate mousse ... and because this event's about as boujee as it gets.