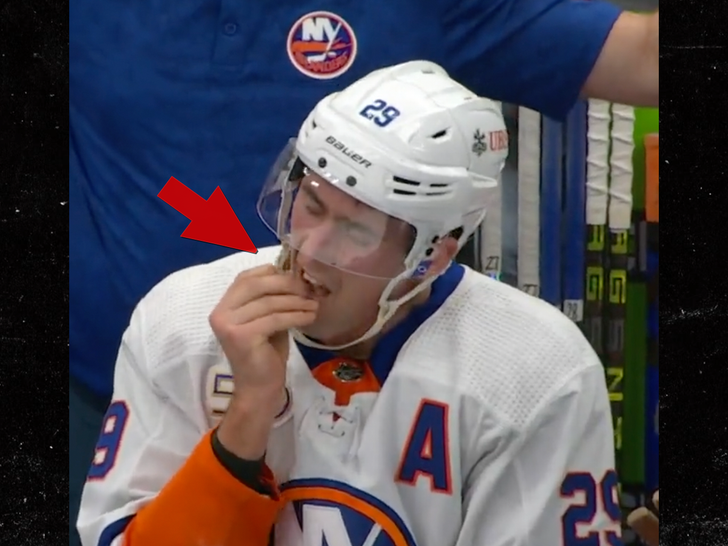 Islanders star Brock Nelson pulled his tooth out on the bench after being inadvertently hit in the mouth with a hockey stick Monday night -- and the scene was ... wild!

It happened during the Islanders-Maple Leafs game at Scotiabank Arena, Brock cleared the puck out of the defensive zone when Toronto star William Nylander's stick hit Nelson in the face.

The stick got Nelson pretty good ... dropping the former first-round pick and 10-year NFL veteran to the ice, and when he got back to his bench, he realized his tooth was hanging on for dear life.

Instead of waiting for his next dentist office visit, Brock took matters into his own hands -- literally -- pulling his tooth out and handing it to the team's trainer.

The craziest part -- Brock sprang up from his seat after the tooth removal and was ready to get back in the game.

Obviously, most tooth extractions are done in an office under the care of a dentist, using local anesthesia. But, not Brock Nelson's.

Despite the 31-year-old's grit, the Islanders lost the game to the Maple Leafs, 5-2.